I and some friends decided to take a short trip to the Moseltal (Mosel valley) were the main purpose was to visit one (we just had time for one…) “fine dining” restaurant in the area. In regards to 3-star (Guide Michelin) restaurants in the Mosel area there are probably only two that actually could be considered to be located there and they are the two very good top-notch restaurants Waldhotel Sonnora and Victor’s Gourmet Restaurant. However, since I already have visited both those restaurants I wanted to experience a new one. Since we of course also wanted to visit some vine yards and taste some (foremost) Riesling wines and also started in the northern part, travelling south, the most natural one to visit was the GästeHaus Klaus Erfort. This restaurant is located not that far from the Mosel-Saar-Ruwer wine region (i.e. the wine region is nowadays mostly referred to only Mosel for the entire region) on the French border (just by the Saar river).

For some reasons I had my doubts about this restaurant but after reading the Gault & Millau review who gave GästeHaus Erfort a stunning 19.5 points together with some other posts (for instance one from kuechenreise) I did not understand why I had those dubious. Also, it has three stars in Guide Michelin… Arriving late with the flight, we headed for a place that was located nearby the airport (but still close by the Mosel River). I had done some home work and chosen Heim’s Restaurant which is a Bib Gourmand Restaurant (together with a Hotel just by the MoselRiver) were we had a late dinner. We went for their four course dinner and what a dinner! This was really a pleasant surprise and when we then heard that the chef had worked at GästeHaus Erfort and considered this one of the best in Europe I was really looking forward to the dinner the next evening.

GästeHaus Erfort is located in the industrial city Saarbrücken by the Saar River in the heart of the Saarland on the border to France (on a map: GästeHaus Klaus Erfort).

There were three different sizes to chose from in regards to the Tasting Menu and we opted for the biggest one (i.e. the full one).

The dinner started with a cavalcade of amusements: 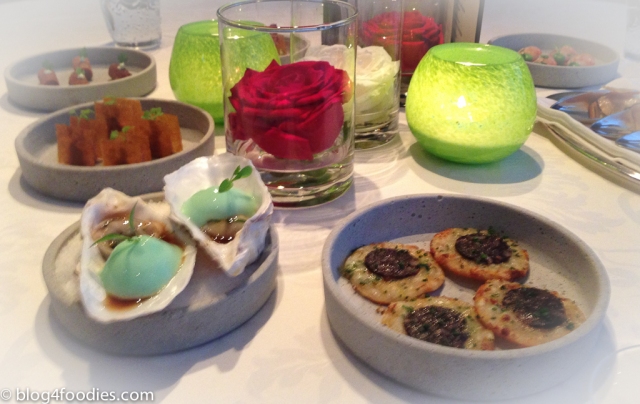 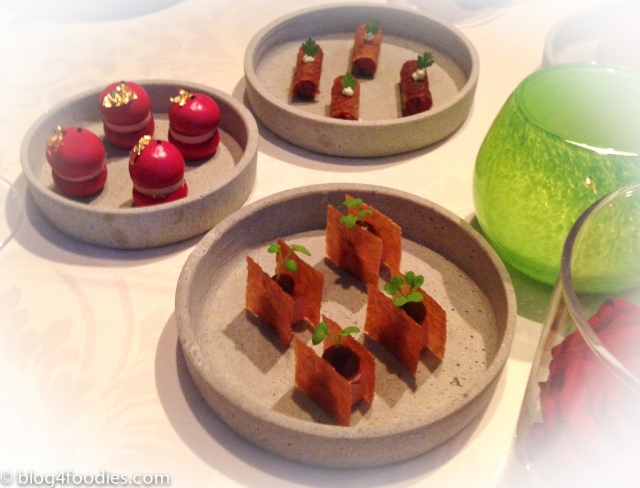 An extra little dish from the kitchen before the “real” menu started: 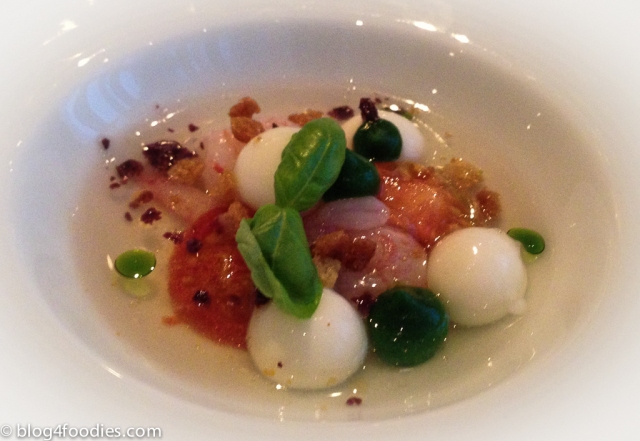 Yet on extra dish from the kitchen: 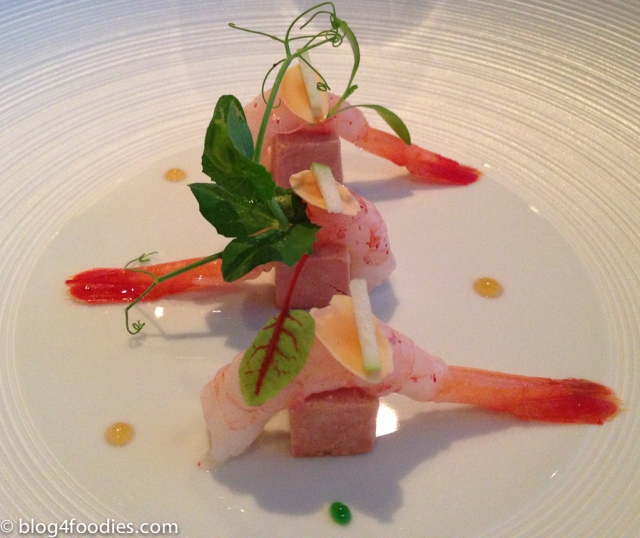 First starter from the menu: Roh marinated scallops with pink ginger and avocado: 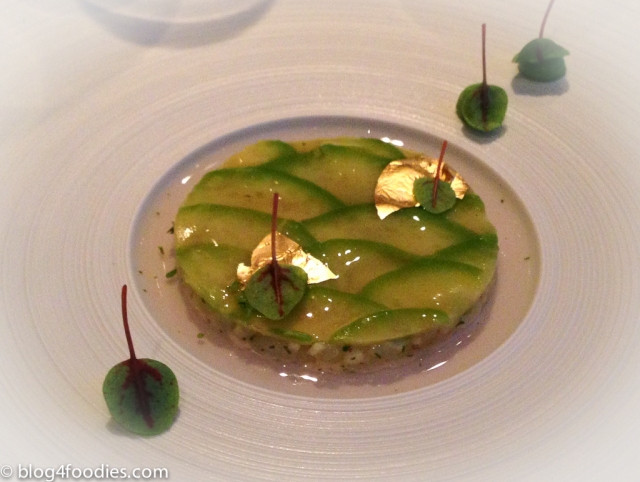 This scallops and avocado based dish was both good looking and tasty. 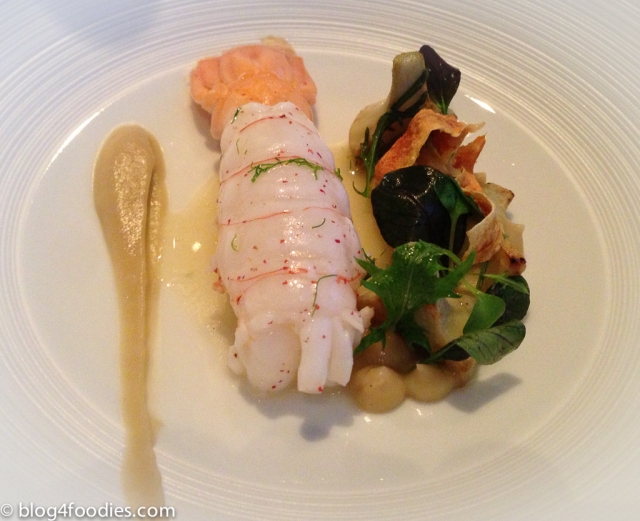 This was the favorite for one the people in party. Good!

An optional warm Brioche to the langoustine: 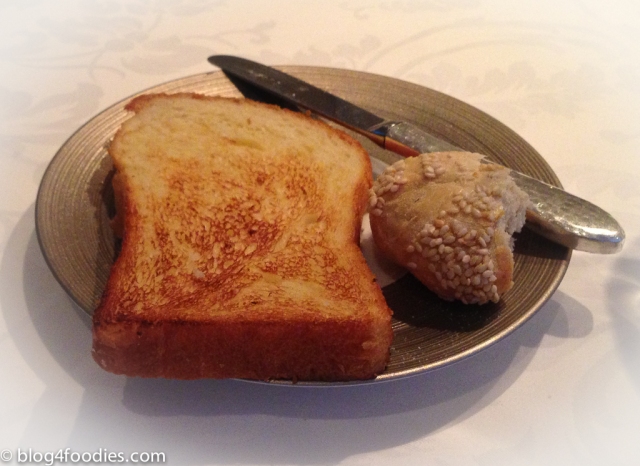 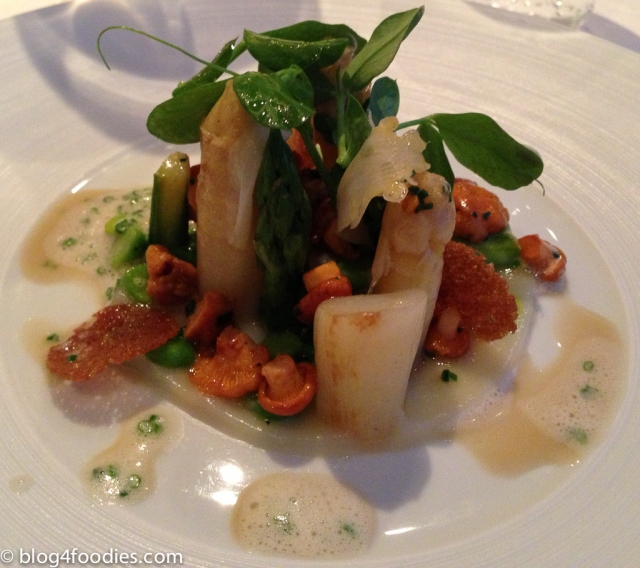 This dish was not valued by all. Personally I think it was okay.

«Tranches» from cod with “stampf” potatoes and chorizo: 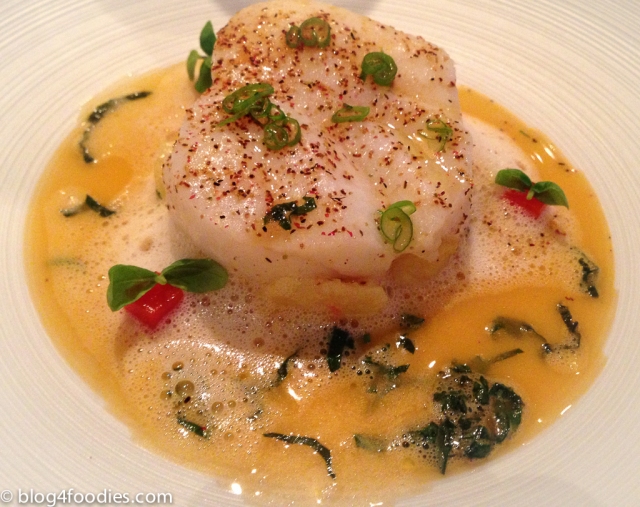 The cod was cooked sous-vide and had a perfect texture and was very good. However, this is a dish I think I can achieve similar results with when using sous-vide with North Atlantic cod (which I have done quite a lot with good results).

Dim Sum of braised duck with parsley and truffle creme: 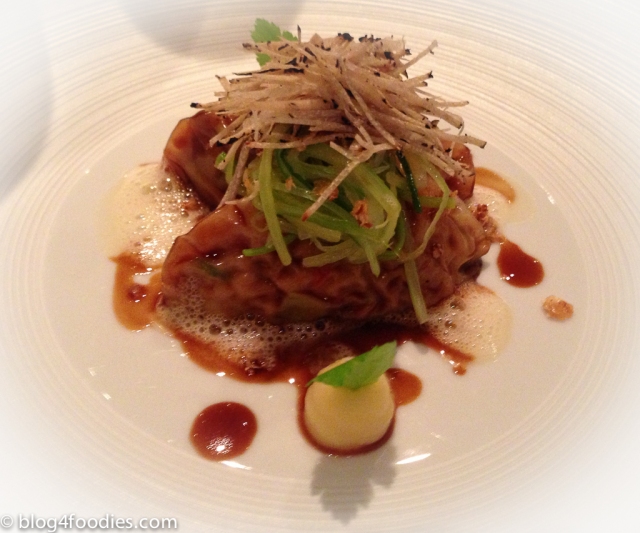 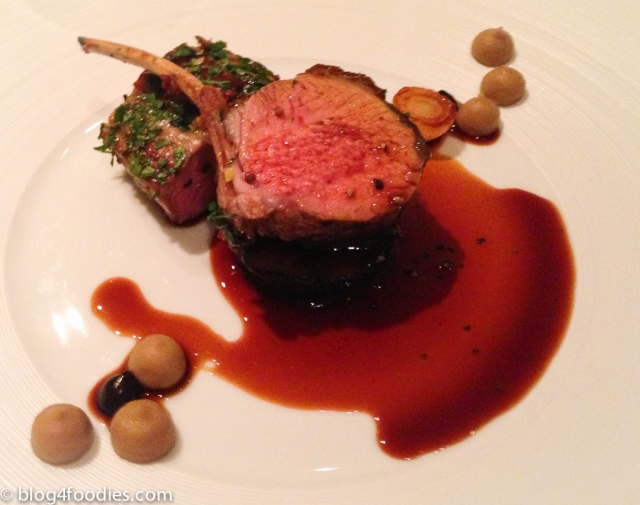 A pretty simple dish but the lamb was delicious!

Cheeses from Antony of Maître: 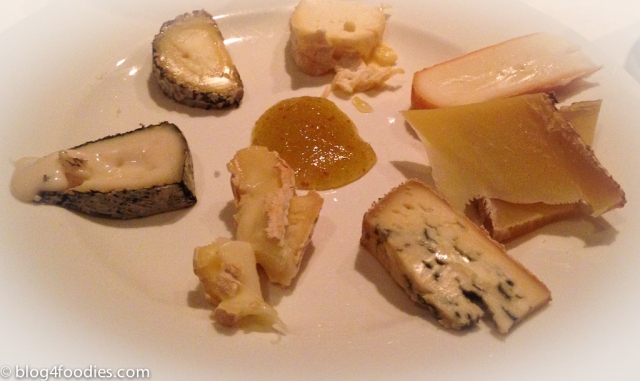 A good selection of cheeses to choose from was offered (the picture above just shows a small sample…). 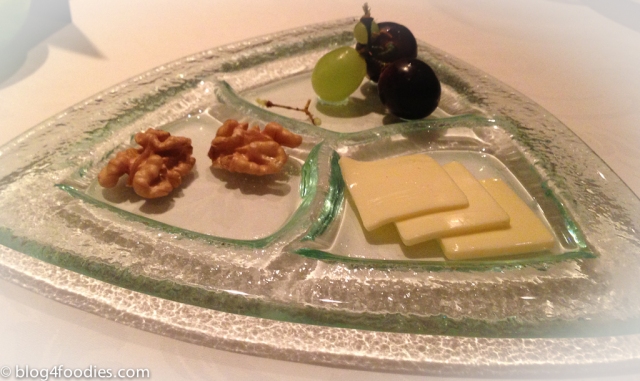 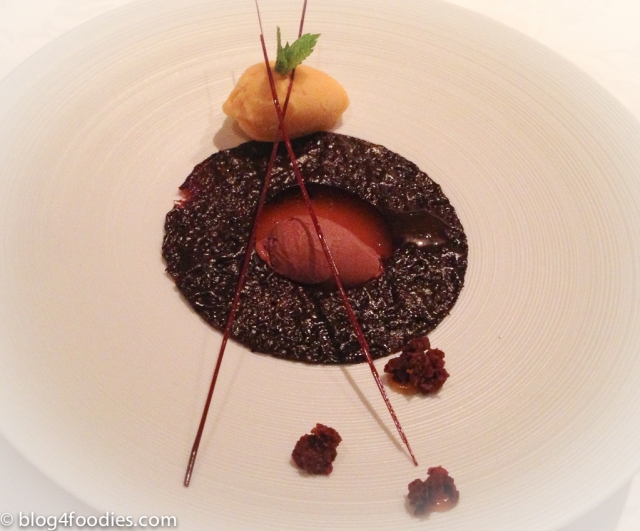 This dessert was appreciated by all in the dinner company. I like the combination of chocolate and passion fruit a lot.

Rhubarb in textures with sour cream and muscovado sugar jelly:

This dessert of rhubarbs looks great but was one of few dishes that none of us really liked. 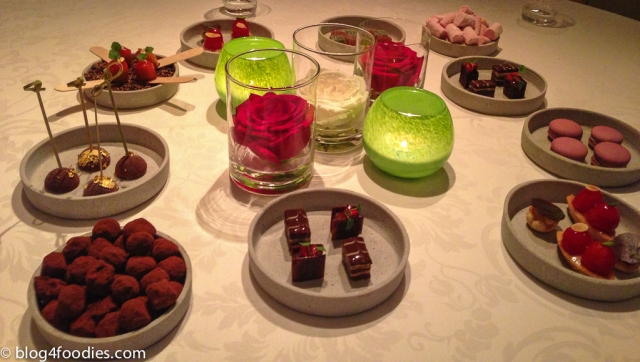 Most of the food was perfect but for some reasons all of us felt that nothing really stood out from a pure taste perspective. Maybe we were looking for something new, something you have not tasted before, some flavour combination that you have not considered using your self etc. On the other hand, I know that this is restaurant serving foremost classical French food and this is also something I normally really like (for instance Waldhotel Sonnora is also considered a more “classical” restaurant).

That said, I cannot really find anything to complain about though all dishes were made to perfection but on the other hand nothing really blow my mind (that actually the dinner on the much “simpler” Heim’s Restaurant did the night before, and that all of us agreed on). It is hard to pinpoint and set words to what we felt were missing but if I try I would say that some herbs were reused a little bit to much (and this may even be true for the shrimps and langoustine) but when I in hindsight “review” the dishes I remember most of them as very good…

Three stars? Maybe not in comparison to, for instance, the two stars restaurants like Mugaritz, Noma and Franztén but I am on the other hand not a professional reviewer, just a happy amateur!