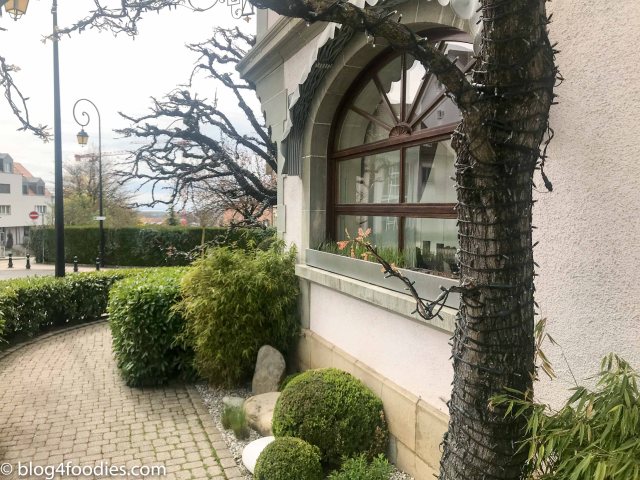 It received its third Guide Michelin star under chef Fredy Girardet which it also continued to have under Philippe Rochat and Benoît Violier. Violier took over after Rochat retired in 2012 and the restaurant topped the first position of tte La Liste in December 2015.

Violier died at home in Crissier, Switzerland, in a suicide gunshot on January 31, 2016 (age 44). Violier’s suicide prompted shock and confusion, as the restaurant under his management had been crowned by the French government as the best restaurant in the world only a month before, leading the media to hail Violier as “the world’s best chef.” It also drew attention to the high-pressure world of the “high-end” restaurant segment.

After Violers’s tragic death in January 2016 the management of the restaurant moved on to Franck Giovannini (Benoit’s long time right-hand man). His long experience of working in the very same kitchen together with his cooking skills made the restaurant keep its third star together with 19 Gault Millau points.

The restaurant is in Crissier, near Lausanne, roughly in the mid north of Lake Geneva (lac Léman).

The wines are having high mark-ups in general, but the list is extensive and in the upper segment you can, with a little bit of due diligence, find wine with less mark-ups (but still very expensive).

We were having lunch here, but they served the same tasting menu, called the Gastronomic Menu, as in the evening (a 390 CHF). 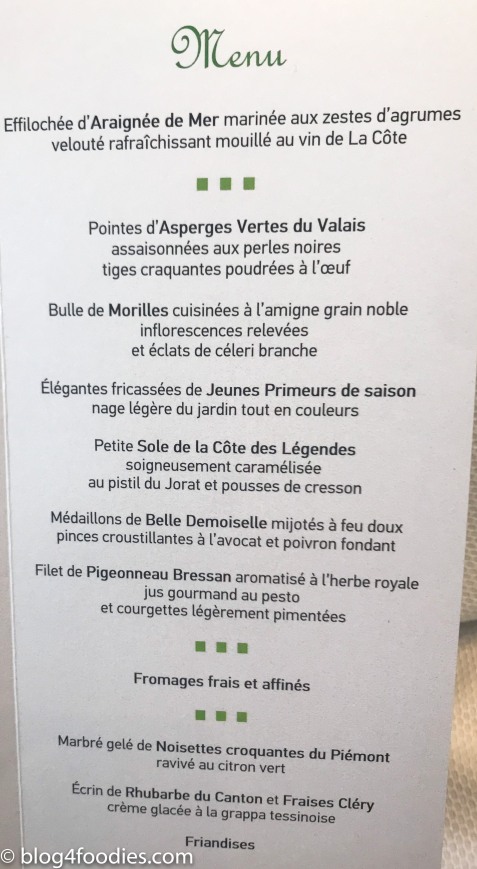 Preparing the next dish at the table

Sole of the Coast of Legends (côte des Légendes of Bretagne)

Selection of fresh and refined cheese

Bread for the cheeses

In summary:
First-class ingredients and first-class French haute cuisine cooking. However, in my book I prefer the food we had at Cheval Blanc, the previous evening. Don’t take me wrong, it was very good here but I think it was even better the night before and add to that, that this lunch was priced almost twice the amount of that dinner (only accounting the menu price and the wines here, had sometimes painful mark-ups). Still; this is a world class restaurant!