Upper House Dining is located at the top floor of the central tower in Gothia Towers (Northern Europe’s largest hotel and conference center) with a really nice panoramic view of Gothenburg. The restaurant is part of the Upper House concept, which basically is a small luxurious modern 5-star international hotel with all possible facilities (within the larger setting of the Gothia Towers).

Upper House Dining runs at right angles to the prevailing trends in the restaurant industry in Gothenburg where two “fine dining” Guide Michelin restaurants just put down and opened up in simpler management. Upper House Dining on the other hand, is definitely fine dining with a stated goal to conquer the stars (i.e. Guide Michelin stars….). Still no stars, but the restaurant has on the other hand only been in operation for about nine months so far (update February 24, 2016: awarded one star in the Michelin Nordic Guide 2016).

The Head Chef at Upper House Dining is Måns Backlund and Krister Dahl is the Executive Chef (the only person in the world with four gold medals from the Culinary Olympics that is held every forth year in Germany).

The Upper House Dining cuisine is based on seasonal ingredients from the Swedish west coast.  Therefore there is no set menu and your only choice is a “carte blanche” six-course menu (a SEK 1,150 per person, which translates to about 127 €).

Wine-pairing package is SEK 1,400 per person (about 155€ which I think is pretty expensive).

The dinner started with a number of really good canapés: 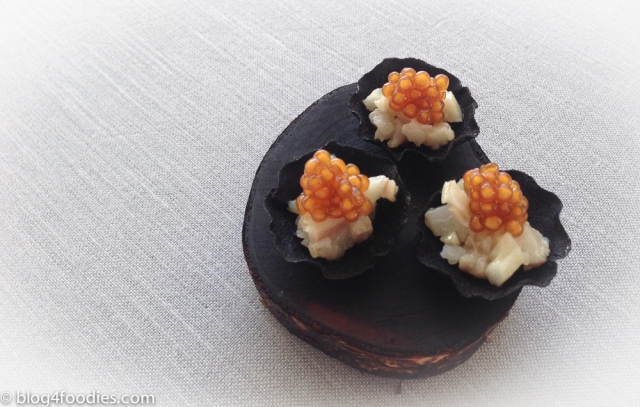 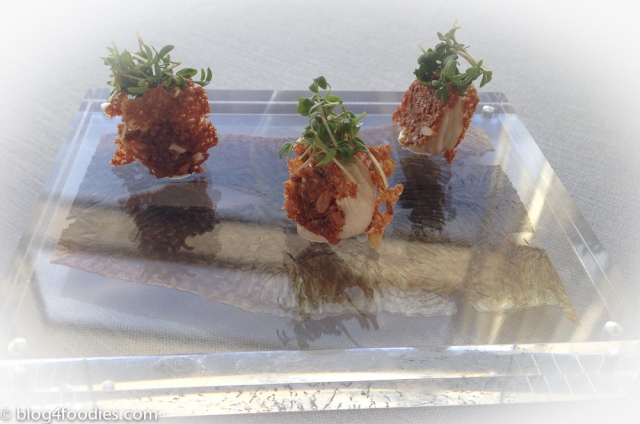 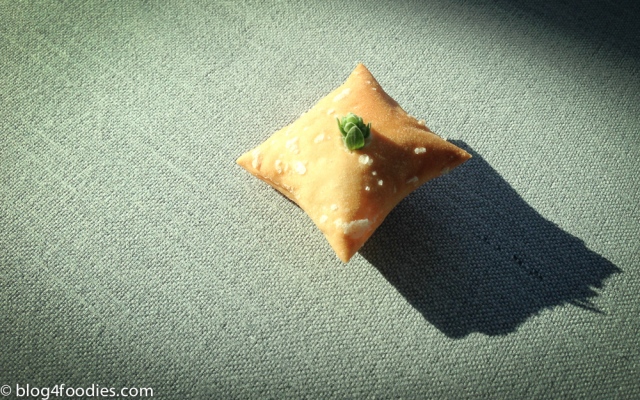 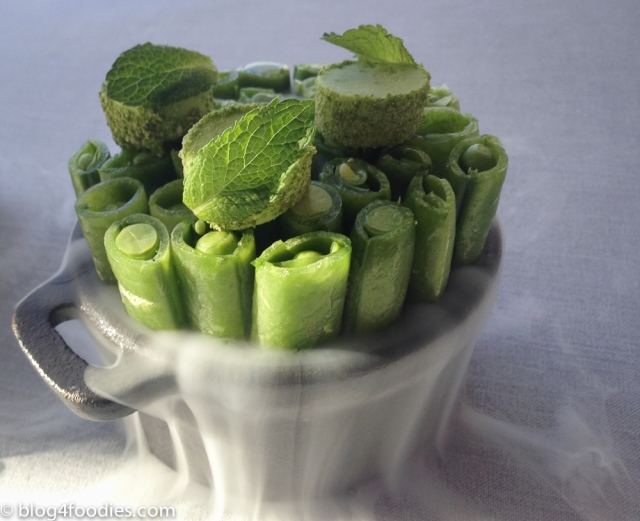 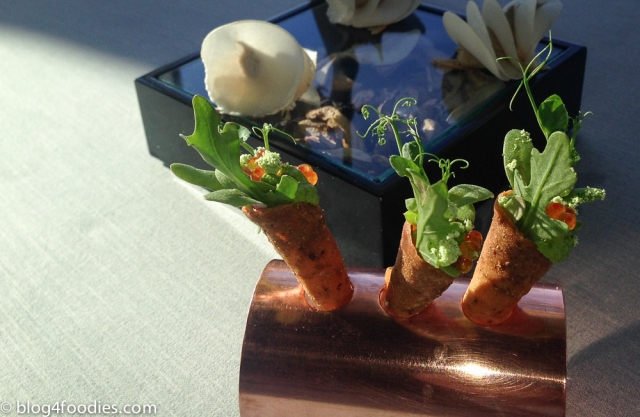 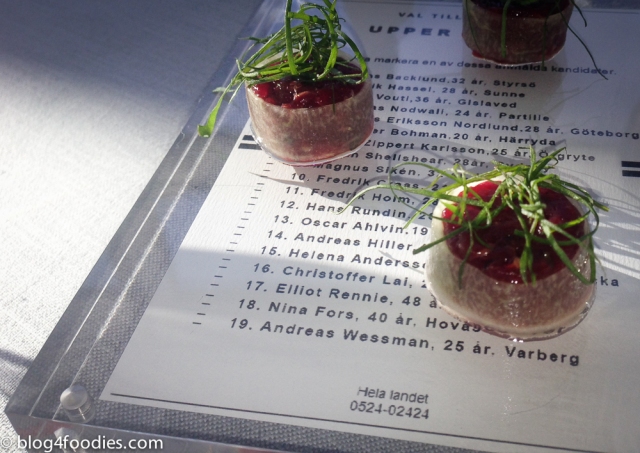 People knowing Swedish maybe understands the typical “Gothenburg humor” regarding the plating above (i.e. for canapé #7)… 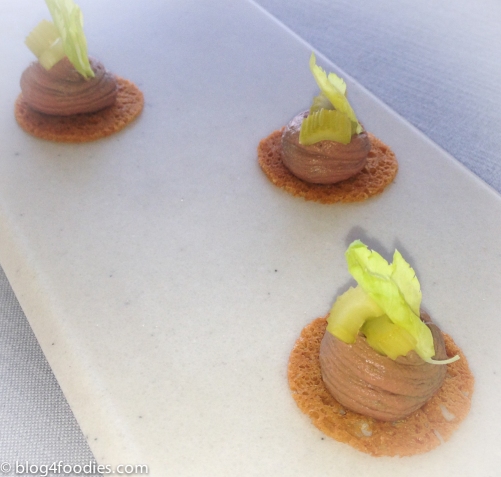 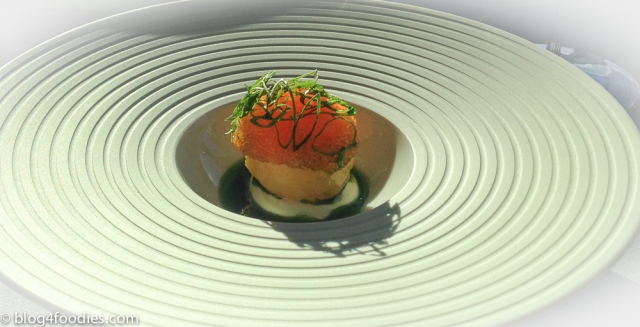 Amusement of whitefish roe from Kalix

The Caviar of Kalix comes from the roe of the whitefish Coregonus albula and this is the best I had! The caviar is served together with a little tasty potato, crème fraîche and dill cream. Typical Swedish flavors and really good! 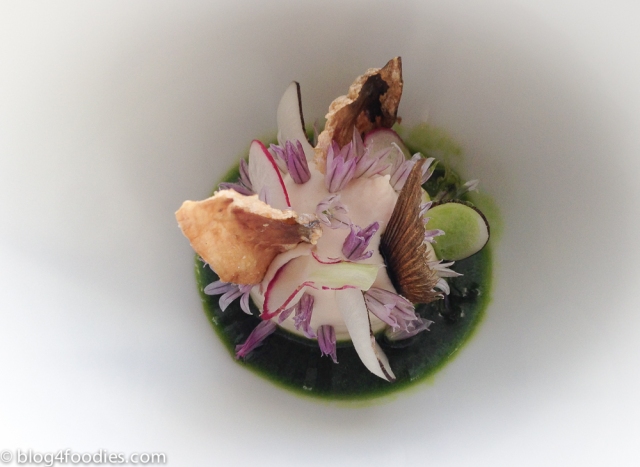 “First” dish on the menu and I will mostly remember the crisp fish tail from this plate. Paired with a 2011 Vouvray Sec from Domaine Huet (Loire/France). 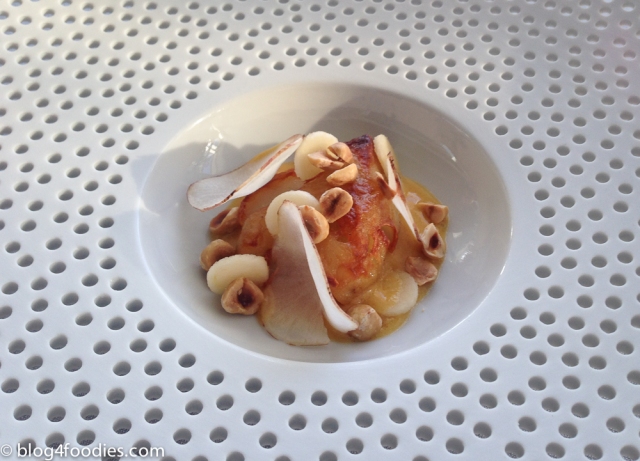 The only dish that is permanently on the menu and that’s for a reason! Very delicious and probably my favorite dish this dinner. Well paired with a 2010 Marsanne (M. Chapoutier Saint-Joseph Les Granits blanc, Rhone, France); a well-balanced wine that I really enjoyed. 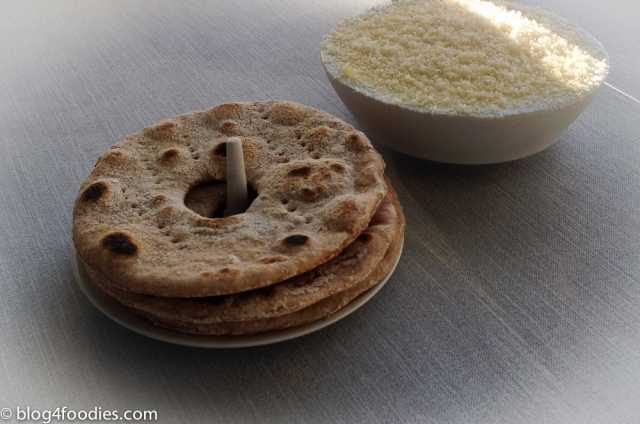 Sourdough bread is cooked at the table on a soapstone that was 350 degrees Celsius. A farm butter topped with cod flan accompanied the bread. A very good sandwich paired with an American Pale Ale from Poppels (a local brewery). 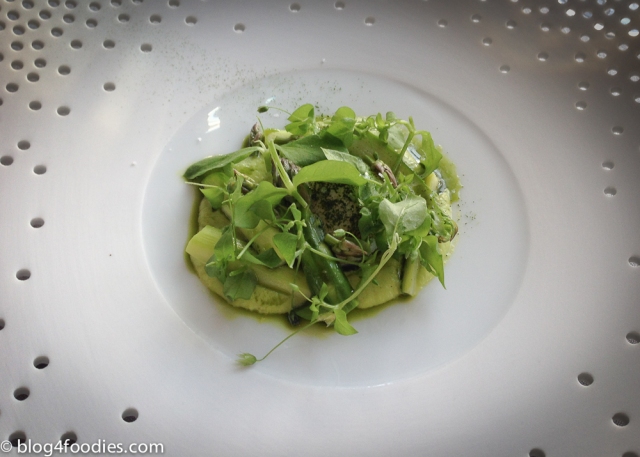 Paired with same Riesling as the previous egg and asparagus dish. 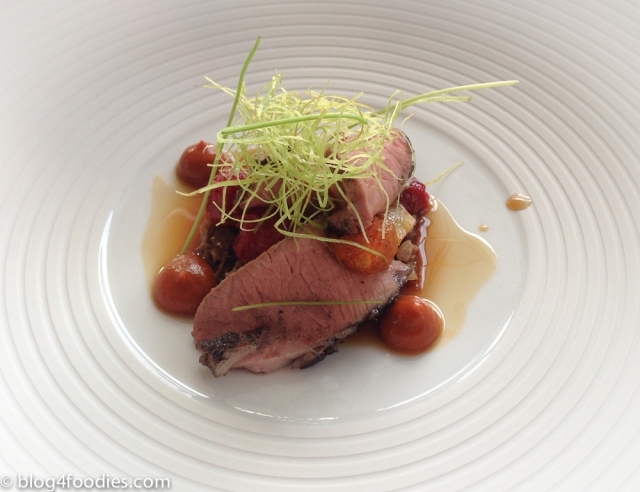 The only meat dish served this evening was paired with a red 2005 of 100% tempranillo named Paisajes VIII la Pasada (from Paisajes y Viñedos). I was not so fond of this Rioja even though I really like the “modern” Rioja wines and 2005 is furthermore a good vintage. 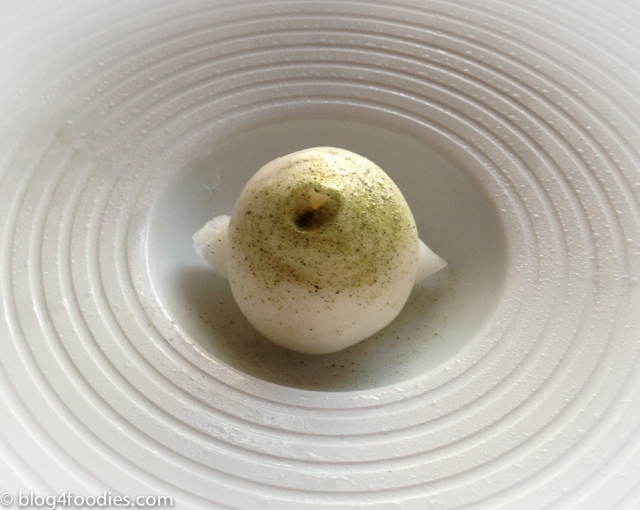 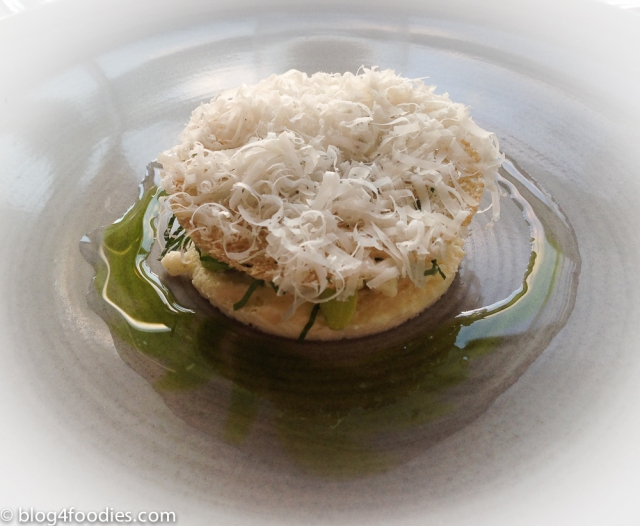 I initially thought the cheese from Vilhemsdal was a little bit to sharp, but that was before I had the pairing wine to this dish. When I had the accompanying Ca del Bosco (a Franciacorta sparkling wine) together with the food, they really worked in symbiosis. 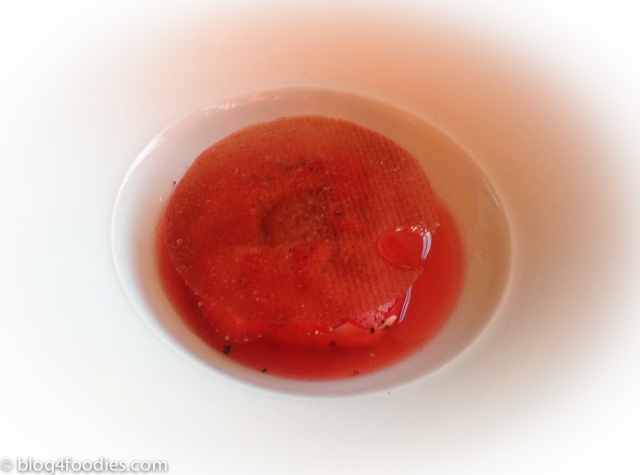 We had a Trockenbeerenauslese (2013 Weingut Sattlerhof, Morillon Trockenbeerenauslese, Südsteiermark, Austria) paired with the strawberries, black peppers and curled. I really enjoyed this wine which I also think was the best one served this evening. 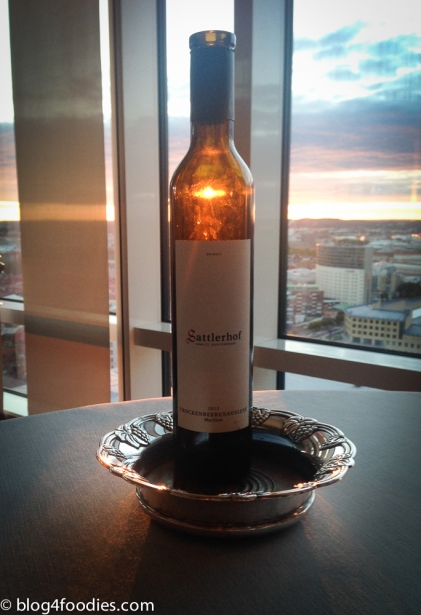 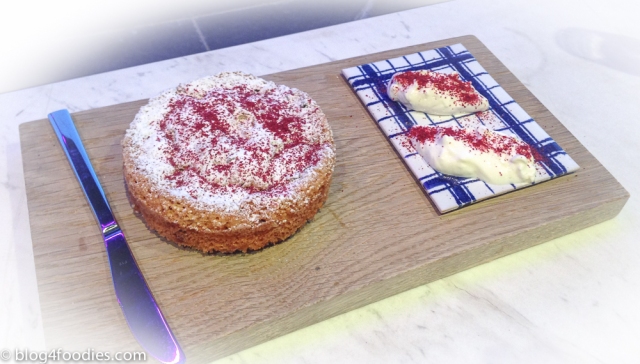 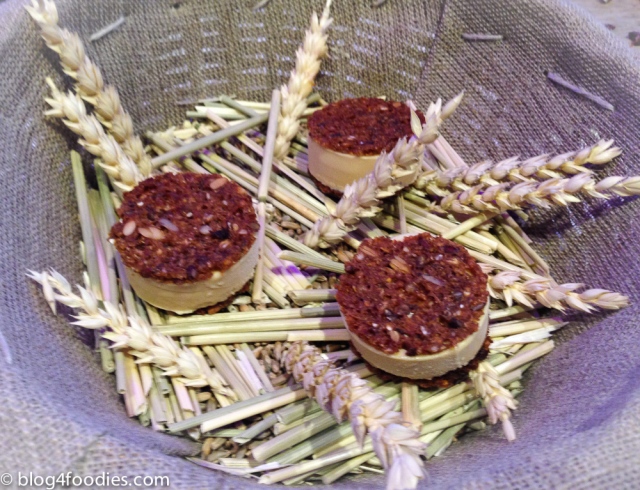 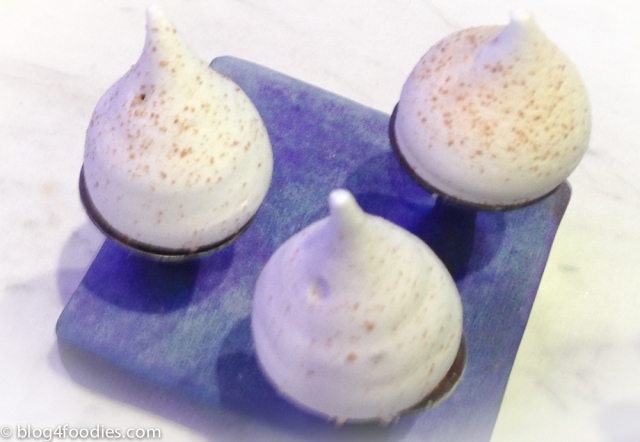 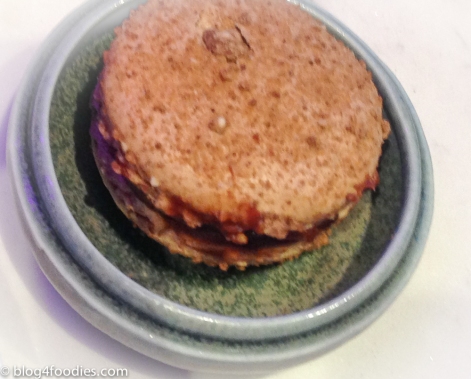 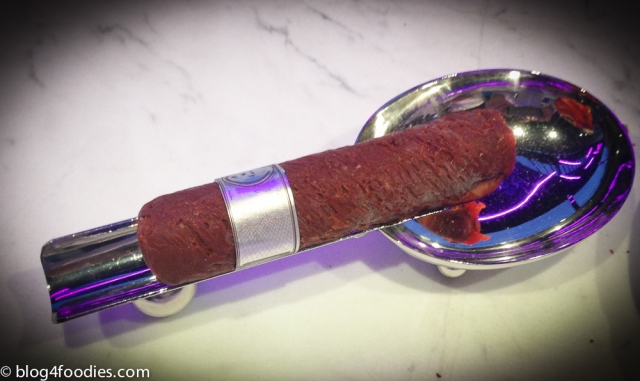 The bar, in connection to the restaurant, with its classically trained and knowledge bartender is also well worth a visit. Which we also did after the dinner was finished… 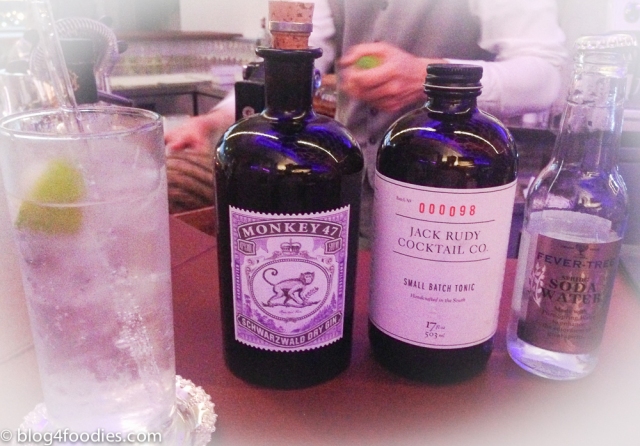 To summarize: Basically a very good dinner consisting of great flavor combinations and good wine pairings. Still a notch too expensive (mostly in regards to the wine markups) in comparison to, for instance Italy and Spain, where you basically could have a dinner for the same price (or less) on most 3-stars restaurants. That said, in those very same countries (where I have visited almost all 3-stars restaurants and many 2-stars) Upper House Dining would probably have had at least one star (update February 24, 2016: awarded one star in the Michelin Nordic Guide 2016). I have said it before; the Nordic countries are judged by another yardstick by Guide Michelin in comparison to the other countries in Europe (one explanation is probably that most countries have their own countrymen as inspectors whereas the Nordic countries are judged by English “examiners”…). That said, regardless of stars and wine markups, Upper House Dining is a very good restaurant well worth a visit!