Chef Gert De Mangeleer took in 2005, together with companion/friend and sommelier Joachim Boudens, over the operation of Brasserie Hertog Jan. They converted the Brasserie and its conventional kitchen into a more modern “fine dining” restaurant.

At the end of 2010, Joachim and Gert, took the next step in the restaurants evolution, by buying their own farm in Zedelgem (just outside the city of Bruges). This admitted Hertog Jan to cultivate their own vegetables, fruits and flowers.

After previously being located even closer to Bruges, the restaurant moved to their farm in July 2014 (after several years of restorations).

Hertog Jan was awarded its first Michelin star in 2006. A second followed in 2009 and the ultimate third one was achieved in 2011.

Joachim Boudens has been voted “First Sommelier” of Belgium in the Prosper Montagne contest. Joachim has also a passion for beers and 2012 he became the Belgian Beer Ambassador of 2013. It is therefore an excellent and rare opportunity to get a good food- and beer pairing on a 3-star restaurant here.

There are a number of different menus to choose from; short discovery, intensive experience, extensive discovery and hertog jan integral.

We thought we opted for the extensive menu (i.e. I ordered the extensive menu). We were also asked if we wanted to have the written menu after the dinner were finished, so we could have a kind of surprise moment during the meal. We thought that could be fun, but in hindsight, this was a bad choice… 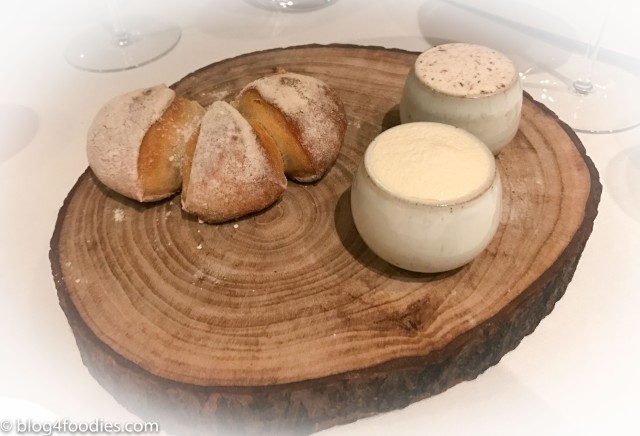 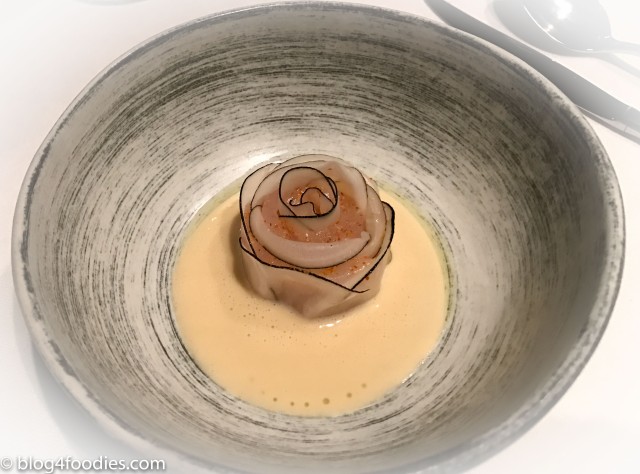 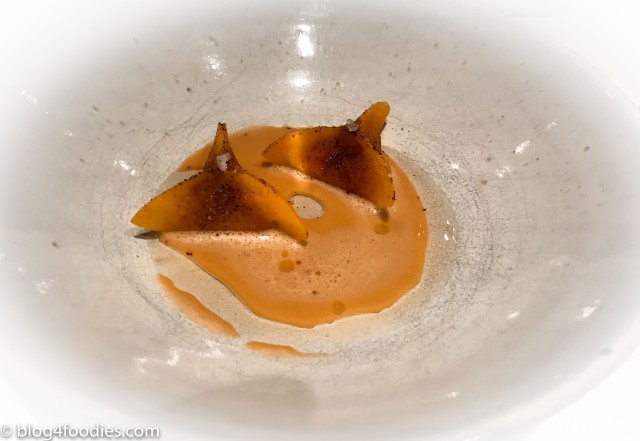 I have lately been served several dishes containing pumpkins on “fine dining” restaurants and I have to say that I really enjoy that. 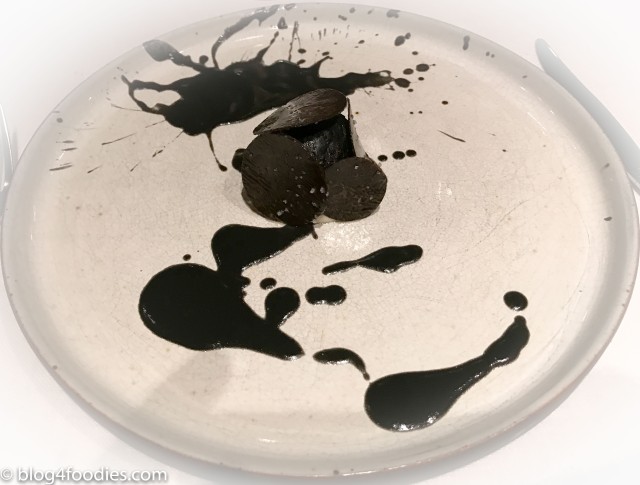 When we heard that this was the only main dish, we were really surprised. However, when we made our voice heard about this, we were offered a second serving (of the same dish).

The Wagyu dish was definitively the best dish this evening!

I think this dessert (the only “dedicated” dessert before the petit fours) contained rice, green tea and and jasmin.

Even though we got an extra serving (i.e. two Wagyu dishes), we were still quite hungry when the candy trolley arrived. Therefore, I opted to have more candy than I normally do at a 3-star restaurant (after having ordered the biggest tasting menu). 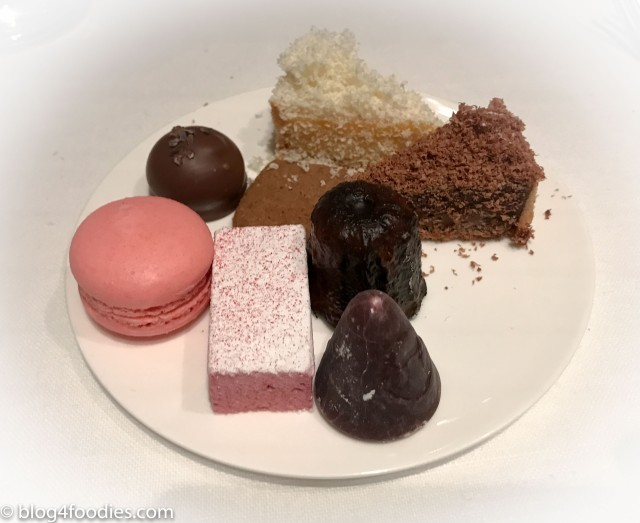 Candy from the trolley

We all considered the service a bit inattentive. I was for example really looking forward to having my first beer pairing on a 3-star restaurant, but none of us were asked for some more to drink (after the first initial “drink” service, which provided no sense of good beer knowledge). Since neither chef Gert De Mangeleer, nor sommelier Joachim Boudens seemed to be present this evening in the restaurant, in combination with a very young team that gave no confidence, I did actually not explicitly ask for more beer (or wine) advices this evening.

Even more irritating was the fact that we were served the smaller intensive menu, instead of the ordered extensive one. We were really surprised (and hungry…) during the service, that we did not got more dishes and when we finally got the menu, we could not do the math in regard to the number of dishes served. However, when we asked which menu we had, we were told that we had the intensive menu. That is, the smaller, not ordered menu… However, as stated above, as a consequence of this, we got one extra dish for “free” (but the same dish as the previously served; it would have been appreciated, to have some more diversity and service mindedness at a 3-star restaurant).

The dish served twice was really good (i.e. the best this evening), but I expect more “wow dishes” on a 3-star Guide Michelin restaurant.

Also; we were staying at the closest hotel we could find, but were still some kilometers away from the restaurant and got a ride back home by the restaurant staff, so credits for that!