Alain Ducasse at the Dorchester (***)

I foremost wanted to “investigate” the lunch deal present at Alain Ducasse at the Dorchester. Especially to see what quality and amount of food you can get for a relatively “small” amount of money (small in comparison to a lot of other multi-starred establishments in London in regards to a “normal” dinner serving), but also due to the fact that we had a dinner booked at The Fat Duck in the evening.

The “lunch deal” (aka 3-course Lunch Hour Menu) costs £60 with two glasses of wine, half a bottle of still or sparkling water and tea or coffee (excluding the service charge). However, if you want to indulge yourself you can also opt for a 7-course menu a £180 (excluding beverages and service).

The restaurant is located in the Dorchester hotel, the iconic London property, situated at the heart of London’s Mayfair on Park Lane.

Alain Ducasse, one of the world’s most decorated chefs, probably doesn’t need any introduction and he is by the way, as most other “high profile chefs”, anyway not leading the work in the kitchen. Instead Alain Ducasse at the Dorchester is lead by Damien Pepin (restaurant director) and Jocelyn Herland (executive chef).

The food served is contemporary French cuisine and this is what we had for lunch: 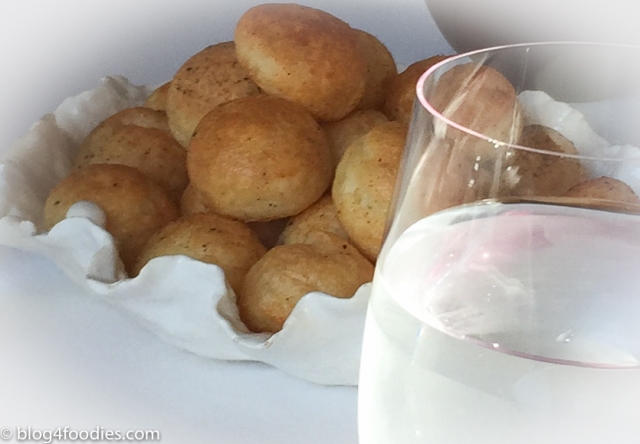 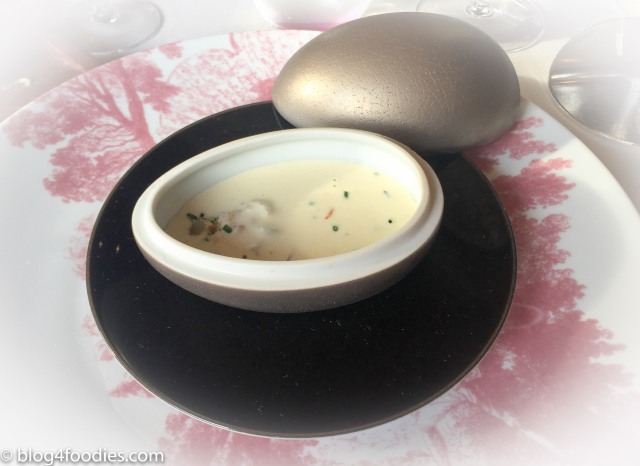 This amuse-bouche was tasty (even though I unfortunately don’t remember any details about it). 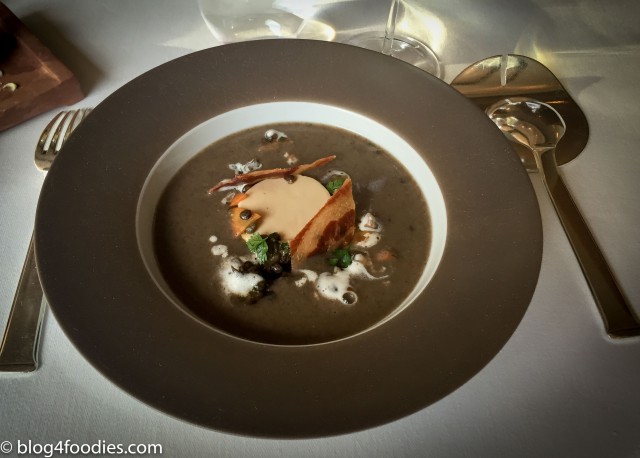 The quality in regards to the foie gras was good. However, the amount of pepper in this dish completely overpowered the subtle taste of the foie gras and I was surprised over this pairing of ingredients. 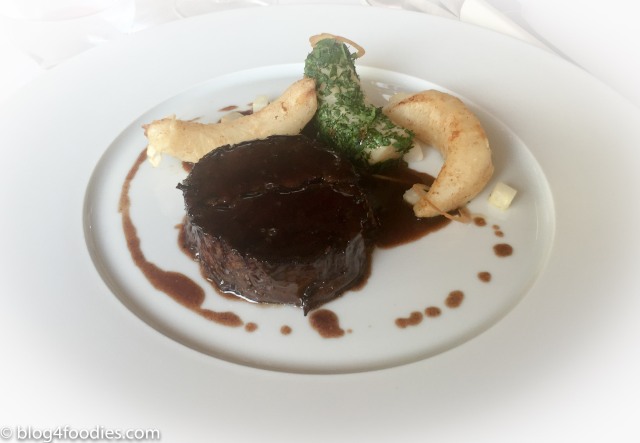 I was not happy with the braised venison that I considered dull.

I have noticed that many restaurants nowadays put out the petits fours prior to serving the desserts (and for that matter, before asking if you want coffee or tea). I am not sure why this is the case.

That said, the petits fours served at Alain Ducasse were nothing extraordinary. 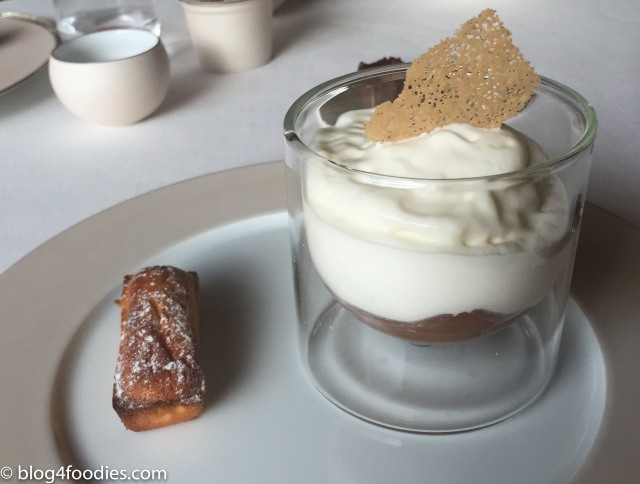 This dessert of green apples was okay, but far from amazing. It is surprisingly strange that not even the dessert is top-notch on a 3-star restaurant serving classical french cuisine.

To summarize: I was not happy with what Alain Ducasse at the Dorchester could offer for this lunch. Arriving in London the day before and having this as my third meal I was starting to have doubts in what this city has to offer. Yes, I know that London have thousands of restaurants, but I had at least visited the two top-ranked Guide Michelin restaurants (and the only two with three Michelin stars in the city of London) and I was far from happy. One lesson learned is of course, to not to just trust Guide Michelin, but that said, the quality of London’s two highest ranked Michelin establishments was inferior to all other of those about 30 three star restaurants I have visited. Luckily, as a side-note, the following meals in and around London were really good (and two of them, one of the best dinners I ever had).

A lunch for £60 including all but the “optional” service charge of 12,5% is in comparison to many other restaurants in this segment not too bad (if the food would have been good, that is…). But if you opt for an ordinary glass of champagne, as an aperitif, you would add an additional £26 (plus service charge) to the bill and suddenly the “lunch deal” seems less obvious…

I can once again verify that very different yardsticks are used by Guide Michelin around the world and in UK they seems to be very “kind” in their judgement. Ironically (or should I say tragically…), the UK Michelin Guides are also responsible for the Nordic countries were they are anything but “kind” and it is striking how differently they judge restaurants in those two regions (e.g. that Noma in Copenhagen and Frantzén in Stockholm only has two stars while Gordon Ramsey Restaurant and Alain Ducasse has three stars is just plain ridiculous, regardless of whatever yardsticks are used).

1 Response to Alain Ducasse at the Dorchester (***)