Vendôme is by many ranked as the best restaurant in Germany and is by any yardstick a solid world-class restaurant. Apart from the three Michelin Stars, it does also have 19,5 Gault Millau points, five Feinschmecker F’s and Germanys highest position in the “San Pellegrino World’s 50 Best Restaurants” list.

Head-Chef Joachim Wissler (born in 1963) started his career in the early eighties at Hotel Traube Tonbach in Baiersbronn, Weissen Rössl in Hinterzarten and later at hotel-restaurants in Baden-Baden, among others the celebrated Brenners Parkhotel. In 1991 Wissler settled down in the Rheingau area, as head chef of the then Marcobrunn restaurant at Schloss Reinhartshausen in Eltville. In 1995 Wissler won his first Michelin star and a second followed the next year. At Vendôme he gained his first star in 2001, a second in 2002 and finally the ultimate third star in 2005.

Vendôme is open for lunch and dinner from Wednesday till Sunday. The restaurant offers both tasting menus and a la carte. As of our visit, the restaurant had five tasting menus (including one lunch menu) with a number of different options:

We opted for the 7-course MODERN CLASSICS menu together with the wine pairing and this is what we had:

This amusement is a play on the usually creamy German Toffee Candy (Sahne Bonbon) but with all original ingredients substituted for the best possible products like Foie Gras and Piedmont hazelnut. A good start of this dinner! 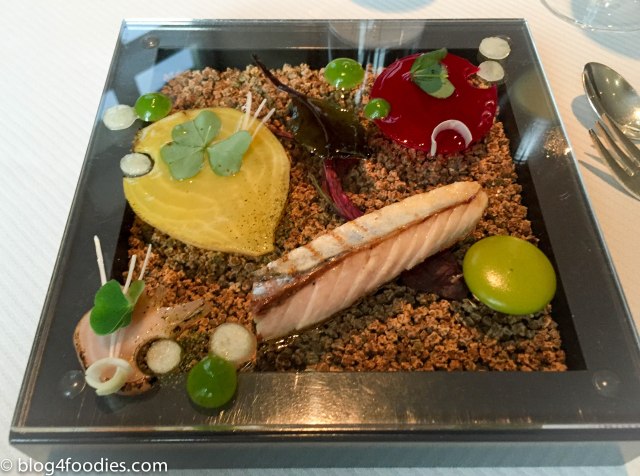 Even though I had the freshest mackerel possible just a couple of days prior to visiting Vendôme (that is not close by the sea…), I was not disappointed with what I got here. A very good amuse-bouche!

This and the previous amusements were almost like good starters. It is not common to get this standard, or size for that matters, in regards to amuse-bouches. Very good!

This was a very interesting dish that almost worked like a refresher for the coming main courses. Even though I appreciated it, it was probable the only dish I did not 100% fully liked (more interesting than good for my taste buds). 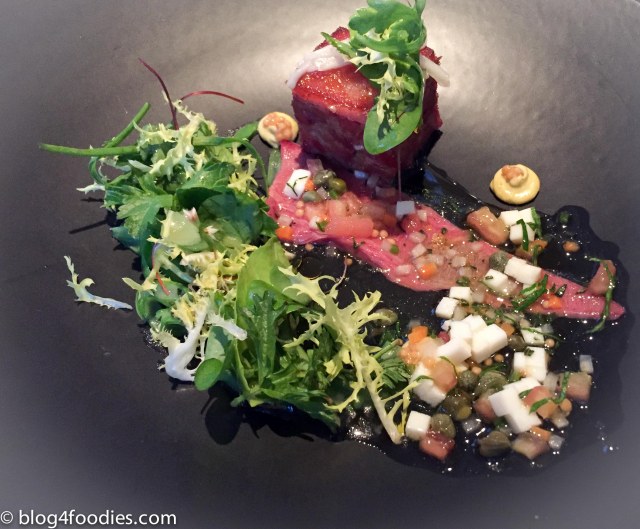 This calf dish was the first main course of the menu and also a very good one.

Yet another good dish… 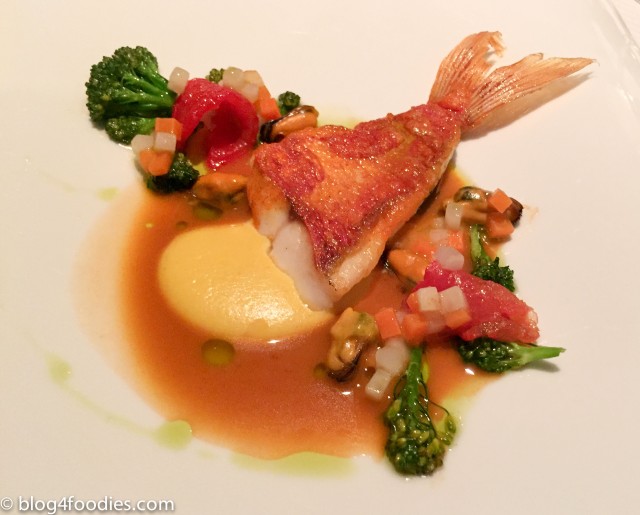 Despite the English name “Red Mullet”, these fishes of the goatfish family Mullidae are not closely related to many other species called “mullet”, which are members of the grey mullet family Mugilidae. I have previously had some good Red Mullets when I have foremost been in Spain but apart from the Mediterranean Sea it could also be found in the East North Atlantic Ocean and the Black Sea.

I am not sure where the fish were caught for Vendôme but it was for sure a good catch! But not just the fish itself was of uttermost quality but also the complete dish was really good.

Sole is one of my favorite fishes and chef Wissler did not disappoint me with his interpretation of Breton sole.

After two consecutive fish dishes it was a nice contrast to have this delicious venison dish.

(No pics on the cheeses)

The cheese selection was good, but unfortunately we were all really satisfied at this time, so we could not fully appreciate this serving. In retrospection we should have dropped the cheese degustation, but on the other hand, I have seldom experienced this much food on a 3-star restaurant before (with a few exceptions). That said, this is a first world problem…

This (one per person) small little nibble in the dessert section was next up. 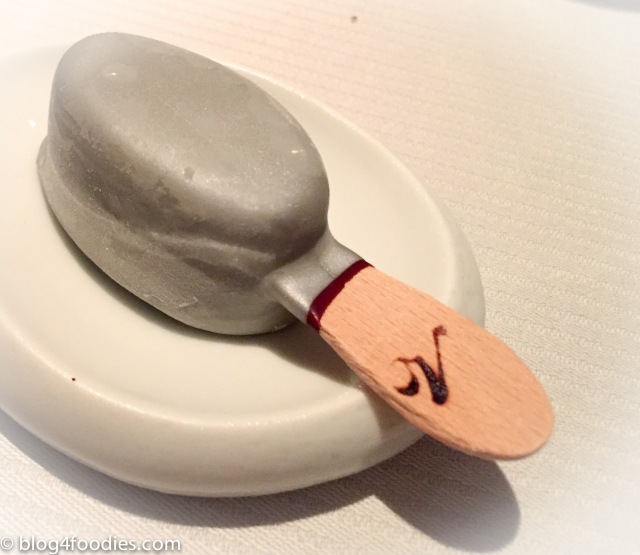 Last sweets for this dinner!

We were all very happy with wines served in the wine packaged offered together with the menu. We had the following wines during the dinner:

In summary: Joachim Wissler is a perfectionist but more importantly a genius of flavor. More or less my only “complaint” this dinner is that we all got very glutted and in hindsight we should have dropped the cheese (i.e. gone with 6-course menu instead of the 7-course one as we did). And since we did not opt for any coffee or tea we were not offered any petit fours (luckily…). That said, Vendôme is definitely one of the very best restaurants there is. Highly recommended!