Update: upgraded to two stars in the 2017 Michelin Guide (for Spain/Portugal).

The Yeatman Hotel in Porto (also known as Oporto in English), with its stunning views over the Douro River and historic city of Oporto, is a luxury hotel, which opened in 2010.

Situated high on the south bank of the river Douro in the historic heart of Vila Nova de Gaia (or Gaia for short), the hotel is surrounded by ancient Port lodges and is more specifically located just next door to Taylor’s.

The Yeatman, commonly considered as the best hotel in Porto, also houses the only Guide Michelin starred restaurant in the city (The Yeatman Gourmet Restaurant) were we opted for the Chef Special Menu. 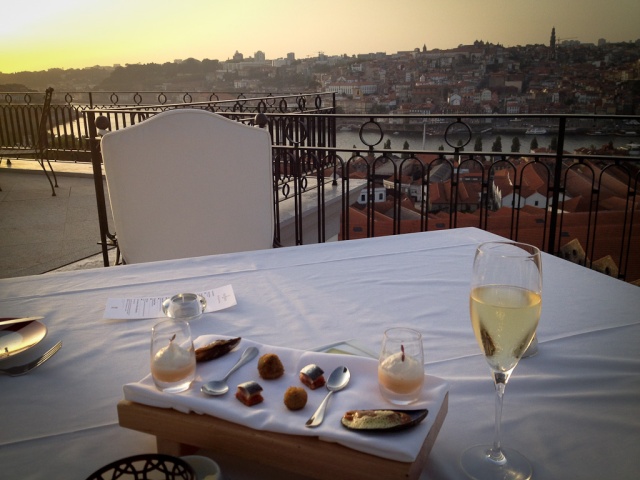 The day (i.e. evening) for the dinner was more than 10 degrees (Celsius) colder in comparison to the evening before but we anyway choose to start the dinner outside on the magnificent terrace overlooking Oporto on the opposite bank of Douro.

The dinner started with three very delicious batches of Amuse-bouches; 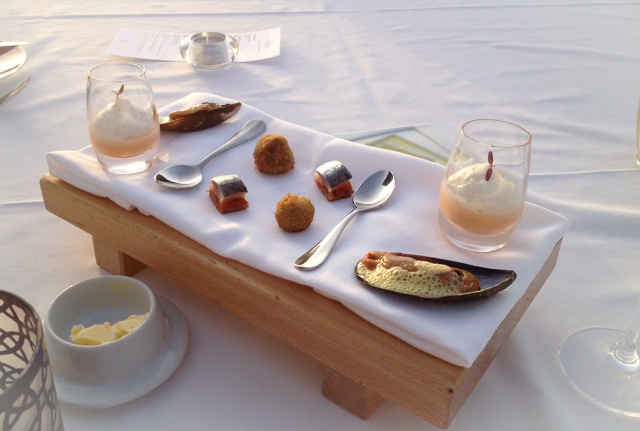 The first “real” dish on the menu was a National Prawn in a prawn consommé:

Next we had Crayfish from the Algarve, roasted with thyme, cucumber spaghetti and smoked creamy yoghurt.

We were then supposed to get a dish of tuna but this was unfortunately not available for the time being. That said we got a really good substitute with a dish based on mackerel as the key ingredient.

We then got Crustaceans (Lobster ravioli with crustaceans and curry);

This was followed by a Scorpion Fish roasted with aubergine, liver and a red wine sauce; 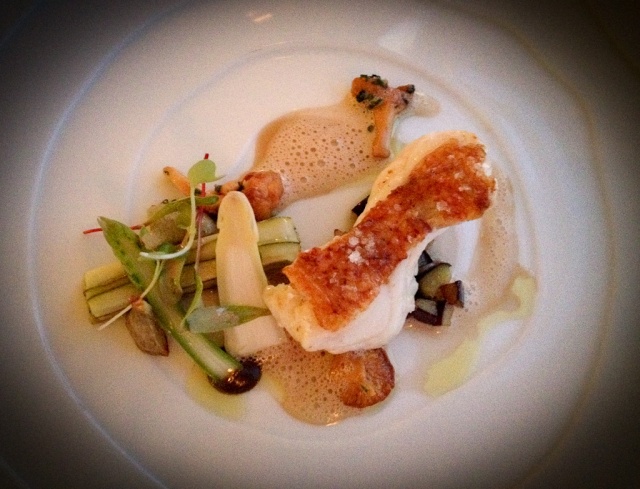 The evening had prolonged and it was now a little bit cold to sit outside in just a shirt so we asked to be moved inside the restaurant.  We were then offered blankets so we could enjoy the now even more beautiful view of Porto (still outside) when it now was after sunset and the town was lit up by all city lights. We anyway opted to move inside and we got a really good table next to a window so we still could enjoy the view.

Established inside the restaurant we got an extra dish of a sous-vide egg with some “fittings” I don’t remember. This and the following dish were not that appealing for the eye and this in combination with the bad light (now inside) makes them look a little bit dull in the pictures. 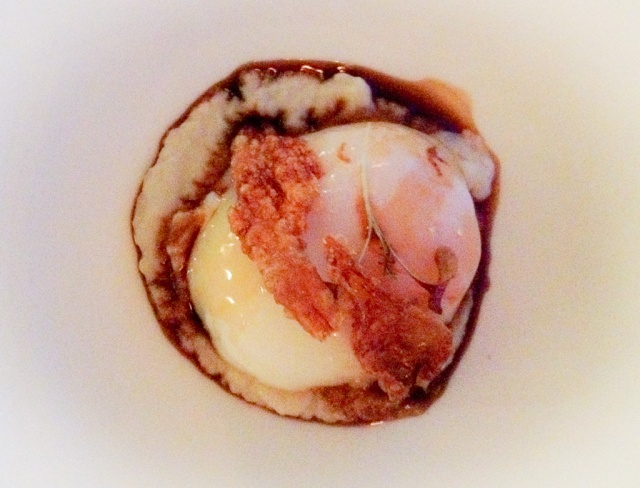 Next dish from the menu was a “Suckling Pig Cocktail” (Bone marrow, oyster and lobster). As mentioned above, not a good looking dish, but fairly tasty but still not one of the better ones this dinner;

We were then served some Portuguese Cheeses with homemade jams and fruit bread; 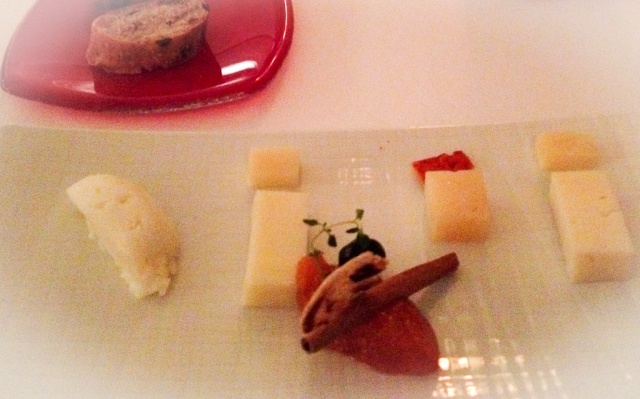 A dessert of Red Fruits with different textures and combinations: sweet lasagna, parfait, sorbet and red fruit meringue, was then served; 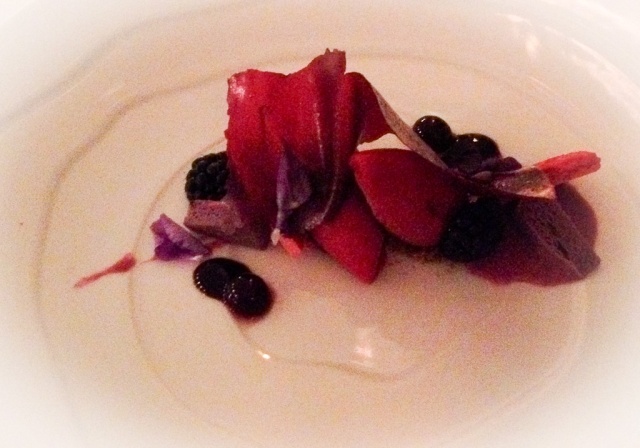 We finished the dinner with coffee and some “accessories” plus some port (of course…);

We then continued to the close by bar in the hotel which is said to be the only one in Porto opened for 24/7. Here we had a drink on the outside terrace overlooking the night view of Oporto on the other side of the Douro River;