The 3-stars restaurant La Vie is located in the heart of the historic Old Town of Osnabrück. Opposite the restaurant is the Town Hall, where the Peace of Westphalia was proclaimed. The peace treaties were signed between May and October 1648 (in Osnabrück and Münster) and ended the Thirty Years’ War (1618–1648) in the Holy Roman Empire, and the Eighty Years’ War (1568–1648) between Spain and the Dutch Republic.


Head-chef and owner Thomas Bühner took over La Vie in 2006 when it presently was holding one Guide Michelin star. Already in 2007 La Vie was awarded its second star. For the 2012 guide the restaurant was awarded the ultimate third star. Prior to La Vie, Bühner worked from 1991 as the head-chef at the 2-stars restaurant La Table in Dortmund. Thomas Bühner has also worked under the well-known chef Harold Wolfhart at Schwarzwaldstube (3-stars restaurant), among others.

Thomas Bühner’s cooking could be described as German Avant-garde, influenced by the classic French cuisine, and daring flavor combinations. Excellent ingredients are always present, for instance the vegetables from the restaurant’s garden, which is situated a 30-minute drive out of the city at the castle named Schloss Ippenburg.

We opted for the LE GRAND CHEF menu together with wine pairing. 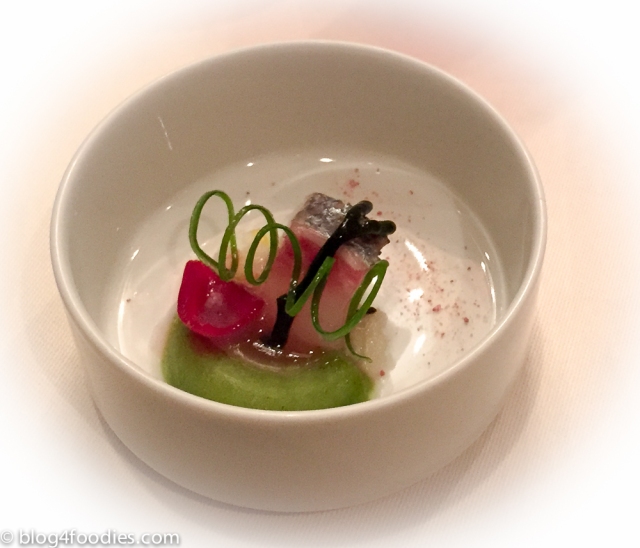 I liked all amuse-bouches but foremost the second one. 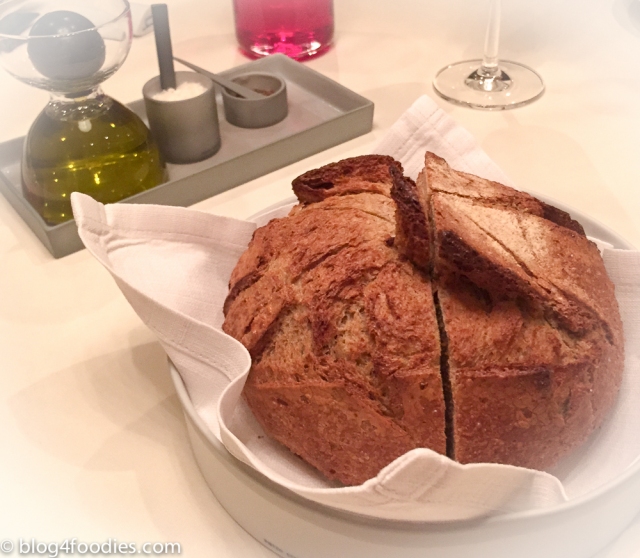 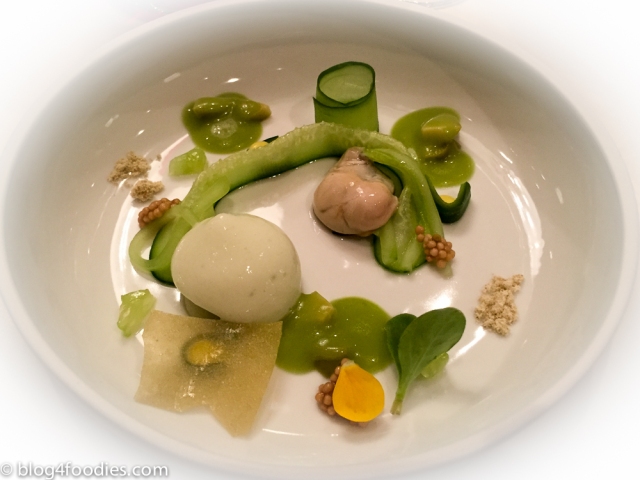 Extra dish from the kitchen – Oysters and cucumber

All of us did not fully enjoy this “bonus” dish from the kitchen and this foremost due to the oyster taste. Personally I think it was okay, but not something special. 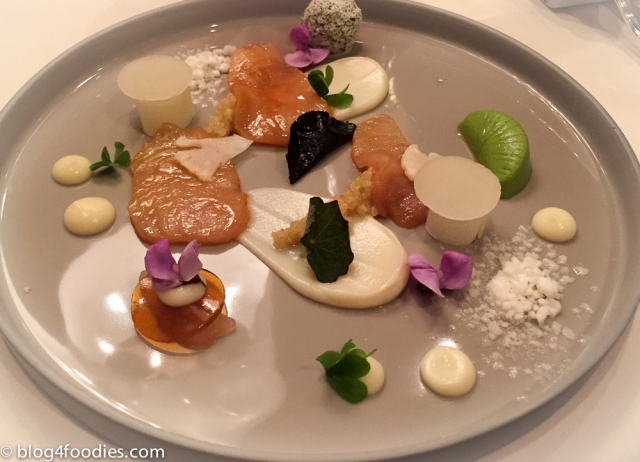 The first dish of the “official” menu was a hamachi based dish (a kind of mackerel). Good! 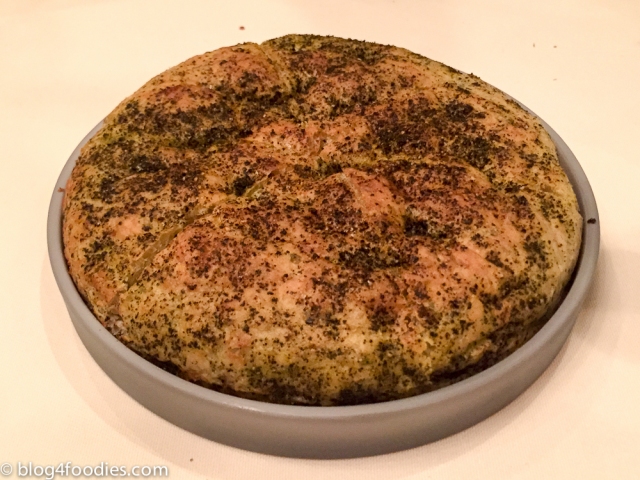 I really liked this lobster dish with its beetroot, hazelnuts and radicchio.

I rarely see eel offered on menus and when I was in Hokkaido a year ago and had the opportunity to taste some supposedly very good eels, my travel buds refused… Consequently, I did not want to miss eel on a good restaurant once again, so this smoked and grilled eel was actually one of the reasons why we opted for this menu over the other one. And yes, it was good!

A supplementing broth that was also made of pigeon should be had as the last part of this dish. Very good!

Good, but a notch to powerful.

The menu said ox cheek but for some unknown reason that part was not available this evening. That said, the beef was of the uttermost quality and the dish was really awesome.

Fourme d’Ambert is one of France’s oldest cheeses, and dates from as far back as Roman times. It is made from raw cow’s milk from the Auvergne region of France. The cheese was paired with Abate pears. 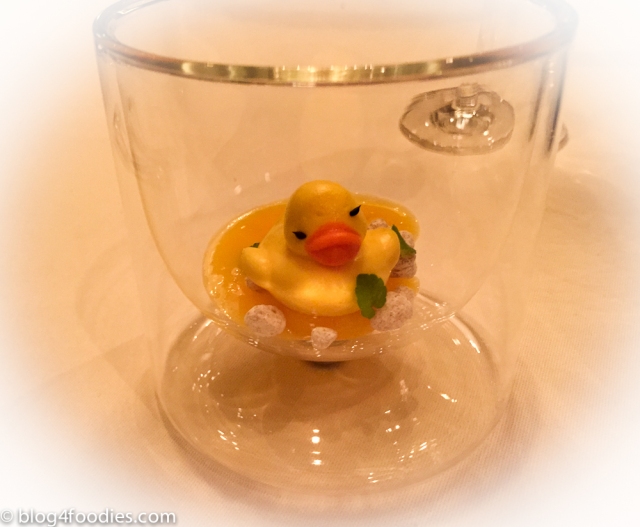 WINES (in the wine package):

In summary: I am really glad that we choose to go with the bigger menu (i.e. LE | GRAND | CHEF |) though I sincerely liked it and I am not sure I would be this positive if I would have gone with the other menu option (which of course is impossible to predict without having tried it…).

Prior to my trip to Germany, where I ate at both La Vie and Aqua (the day before), I thought that I should appreciate Aqua most of those two restaurants. However, even though I think Aqua was really good and a restaurant I appreciated a lot, I actually valued La Vie even more.

In all: a solid 3-stars restaurant that I highly recommend!